At the end of June 2010 the participants of the 4th Concentrated Solar Power Conference in San Francisco voted for HelioTrough, the Solar Millennium Group's newest collector generation, for the award in the "CSP Innovation" category. The HelioTrough collector, which was developed by Flagsol GmbH, the joint venture between Solar Millennium AG and Ferrostaal AG, together with partners reduces costs by about 20 percent more than its predecessor Skal-ET due to its new design and special geometry. The cost reduction was achieved among others by an increase in efficiency level by some 10 percent over previous collector types. This is due in part to the fact that 99 percent of solar irradiation can now be reflected onto the absorber pipe (previously 95 percent). 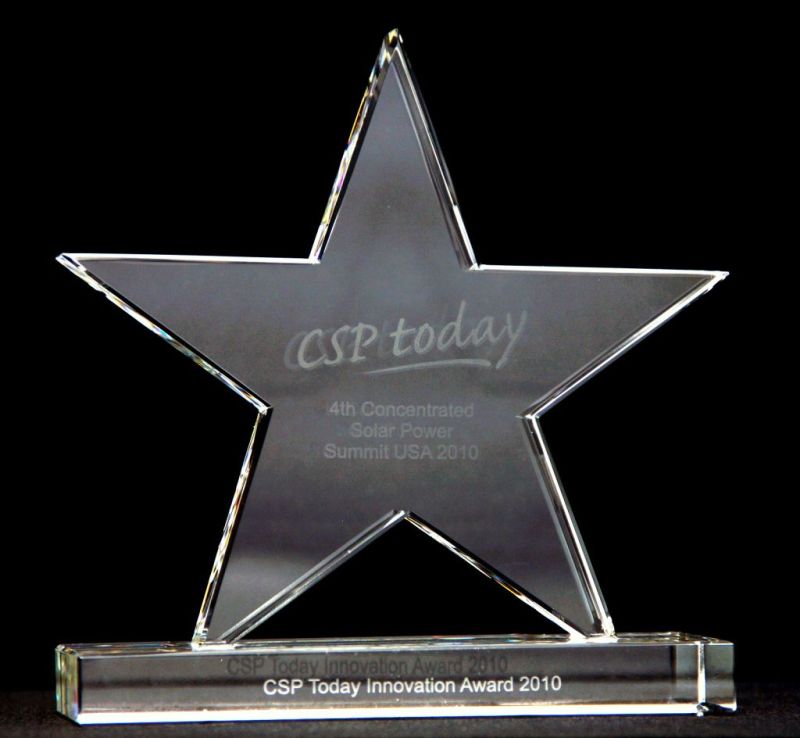 CSP-Today-Award 2010 in the "CSP Innovation" category